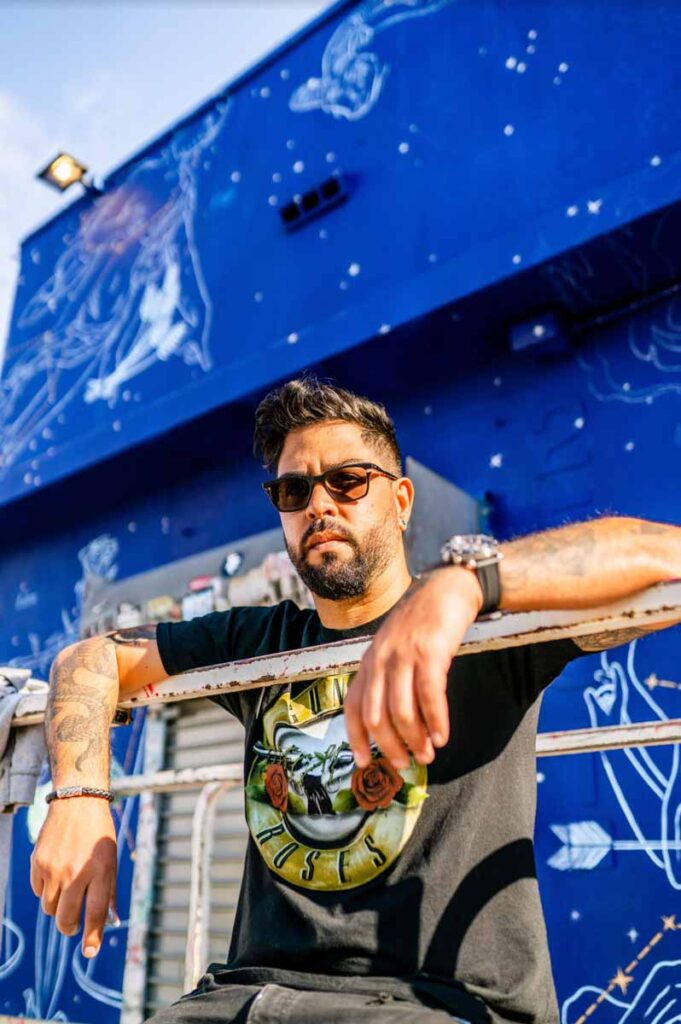 Muralist, painter, draftsman and creator of site-specific installations and art interventions. Díaz studied at the Central School of Visual Arts and in 2008 he obtained a Bachelor’s Degree in Painting from the San Juan School of Plastic Arts and Design. Looking for ways to express himself, he turned to mural painting and began to create works in public spaces with the artist Juan Fernández under the collective “La Pandilla.” He was one of the founders and curators “Los Muros Hablan: First Festival of Urban Art of Puerto Rico” (2012, 2013, 2014) and has exhibited his art in festivals and galleries throughout the world in countries such as Canada, Italy, Brazil, Belgium, England, Germany, United States, France, Mexico, Spain, Cuba, among others.  In 2019, he made the mural that adorns the facade of the Museum of Art of Puerto Rico where his meticulous and precise technique through ink and small brushstrokes created extraordinarily realistic results. The subjects of his representations are chimerical creatures in a state of metamorphosis; combinations of animals, organic shapes and natural elements inspired by the ecosystem of the place where the artist works.